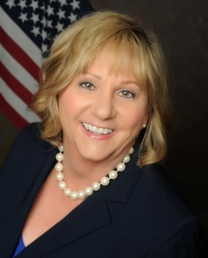 A native of Riverhead, New York, Jeanmarie P. Costello is a 1978 summa cum laude graduate of St. Francis College, Brooklyn, New York, earning a B.S. in Sociology, Urban Studies, with an A.A.S. degree in Criminal Justice. In 1981, Jeanmarie graduated from St. John’s University School of Law, Jamaica, New York, where she was a member of the Moot Court, Senior Bar and Criminal Law Institute. Jeanmarie is an attorney admitted in March 1982 to practice law in all the Courts of New York State and, in addition, is licensed in the United States District Court for the Eastern and Southern Districts. She began her legal career with internships in the Suffolk Country District Attorney’s Office, the U.S. Department of Justice–Civil Division/Commercial Litigation Branch, the Suffolk County Court Law Department and the Suffolk County Court Office of the Chief Clerk.

Upon graduation from law school, Jeanmarie was employed by the Office of the Corporation Counsel, City of New York from September 1981 thru December, 1984, assigned first to their Family Court Unit and later to their Special Litigation Unit and Medical Malpractice Unit, defending the City of New York in multi-million dollar litigations.

In January 1986, she continued the tradition of her late father, Thomas R. Costello, Attorney-at-Law, and began the private practice of law at 455 Griffing Avenue, Riverhead, New York, concentrating in the areas of matrimonial and family law, wills and estates and real estate.